Black carbon (BC) is the key component of particulate matter emitted from inefficient combustion and is regarded as the second-most important direct climate forcer after carbon dioxide due to its strongly absorbing nature.  With estimates of global flared volumes almost reaching 150 billion cubic metres in 2016, BC emissions from flaring are of particular concern.  For example, FlareNet research has estimated that nearly half of Russia’s national BC emissions are due to flaring, a large portion of which occur in a region where pollutants are transported efficiently to the arctic.  In the sensitive arctic climate, BC has additional indirect, negative climatic effects due largely through its deposition on snow and ice. 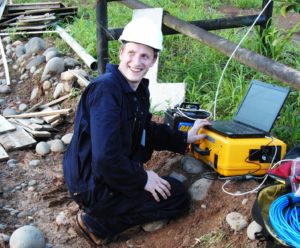 Recognizing this important challenge, on January 15, 2018, the European Union (EU) initiated its black carbon (BC) in the Arctic action, an initiative contributing to the reduction of BC emissions into the arctic and reinforcing international cooperation and mitigation. Key stakeholders of this action include the Arctic Council’s Arctic Monitoring and Assessment Programme (AMAP) and the United Nations Environment Programme’s Climate and Clean Air Coalition (CCAC), in addition to academia and industry.  Specific attention is paid to BC emissions from domestic heating, maritime shipping, and gas flaring.

To date, FlareNet investigators have performed collaborative work with numerous institutions concerned with gas flaring and the effects of black carbon in the arctic.  These include the World Bank Global Gas Flaring Reduction (GGFR) Partnership and CCAC.  Both the GGFR partnership and CCAC have declared support for FlareNet’s objectives, alongside Carbon Limits, a Scandinavian consultancy with expertise in gas flaring reduction that is a co-applicant of the EU action. 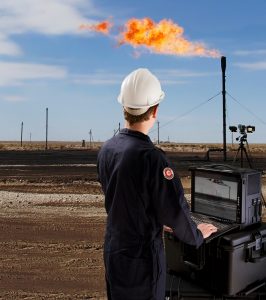 Fisheries and Oceans, Indigenous and Northern Affairs Canada, and the action’s Project manager at the Delegation of the EU to Canada for kick-off discussions on the action.  With the sky-LOSA technology, under theme 5 of the network, FlareNet is poised to contribute to the EU action.  In particular, sky-LOSA is well-suited to support two main objectives of the action: the improved knowledge base of BC emissions and technical advice for abatement measures, where sky-LOSA can be used to directly quantify the effectiveness of mitigation work.

Potential outcomes from these discussions include prospective site access for sky-LOSA measurement activities in the EU’s arctic in addition to continued involvement in the action through technical workshops, contributions to AMAP assessments, and technical guidance through the validation of mitigation efforts.